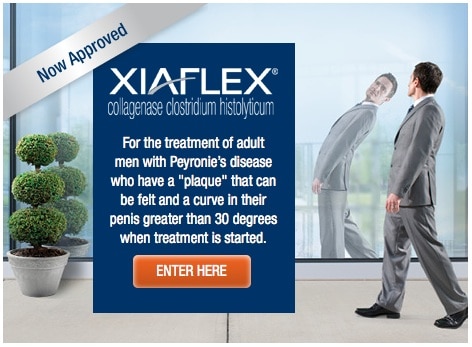 If you’re serious about treating your Peyronie’s disease, there’s a new combination of treatments available that can help correct the issue for good.

With the prescription medication XIAFLEX and penile modeling, men have finally been able to correct curvature deformity and straighten their penile shaft.

But how does XIAFLEX treat Peyronie’s disease? What does penile modeling have to do with an effective treatment? 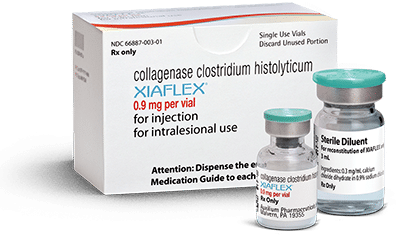 XIAFLEX (collagenase clostridium histolyticum) is a prescription medication designed to treat the plaque that causes Peyronie’s disease. Specifically, the medication targets men who have “plaque that can be felt” and a penile curve that’s “greater than 30 degrees.”

XIAFLEX is considered to be safe and effective – even for children under the age of 18.

The non-surgical treatment, which can be given at a urologist’s office, is actually an injection. The injection helps break down the plaque that’s causing your erect penis to curve.

How do the Treatments Work?

Your doctor may wrap your penis in a bandage after the injection. You’ll need to keep the bandage in place until your doctor tells you to remove it. It’s common for injections to cause bruising and swelling.

Each treatment course consists of up to four treatment cycles that are about six weeks apart.

Here’s an example of how the Xiaflex Penile Modeling Treatment works:

What is Penile Modeling?

But what is penile modeling?

During the in-office session, your doctor may administer a local anesthetic – if desired. While wearing gloves, your doctor will:

As part of the treatment process, you’ll need to do two types of penile modeling exercises at home: straightening and stretching. You’ll need to do these activities every day for about six weeks. These Peyronie’s disease exercises are designed to further correct your penile curvature.

The stretching activity will be performed three times per day and while your penis is flaccid (not erect).

Be gentle when stretching.

In addition to stretching, you’ll also need to do a strengthening exercise every day.

This time, you’ll want to do the activity while your penis is erect (unrelated to sexual activity). You should be straightening your penis when you have an erection that happens without sexual activity. You may want to try doing this first thing in the morning if you wake up with an erection.

You shouldn’t take XIAFLEX if:

XIAFLEX injections can cause some serious side effects, including:

These side effects, although more serious, are less common. More common side effects include:

How Much Does XIAFLEX Cost? 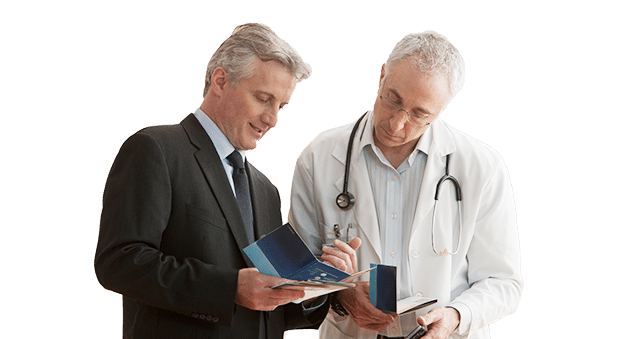 According to the New York Times, each XIAFLEX injection costs $3,300.

A full course of injections would cost $26,000 in addition to your doctor’s fees.

But XIAFLEX does have a copay assistance program that could leave you with $0 in out-of-pocket costs.

Most eligible patients with commercial insurance plans paid nothing out of their own pockets for their XIAFLEX injections.

Who is Eligible for the Program?

Patients may be eligible for the copay assistance program if they are: 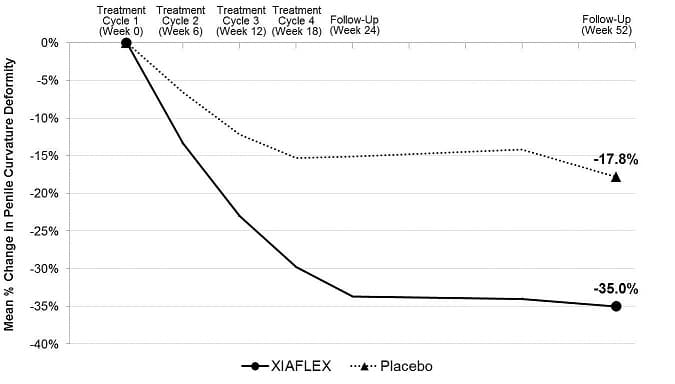 Men in both studies also saw an improvement in their concerns of:

The combination of XIAFLEX injections and penile modeling exercises is proving to be a successful way to treat Peyronie’s disease. There’s no need to suffer in silence if your penile curve is affecting your sex life and your self-esteem.