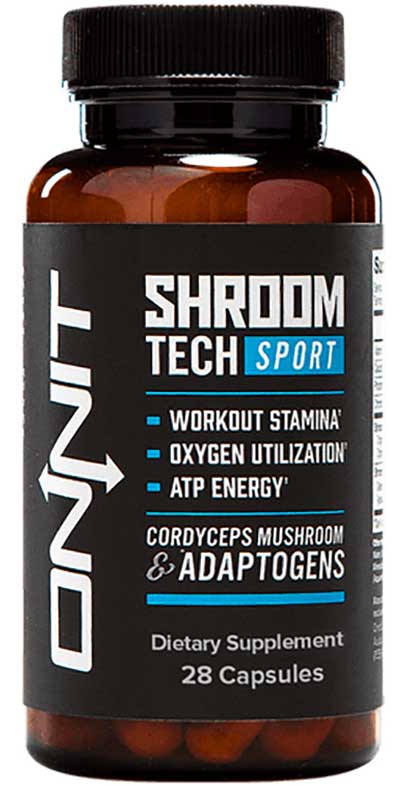 Shroom Tech Sport is pushed by one of the world’s most popular figures: Joe Rogan. The product is designed to work with the body to support multiple energy systems, allowing you to get more done throughout your day.

You’ll be able to accomplish a lot more with energy.

How Does Shroom Tech Work? 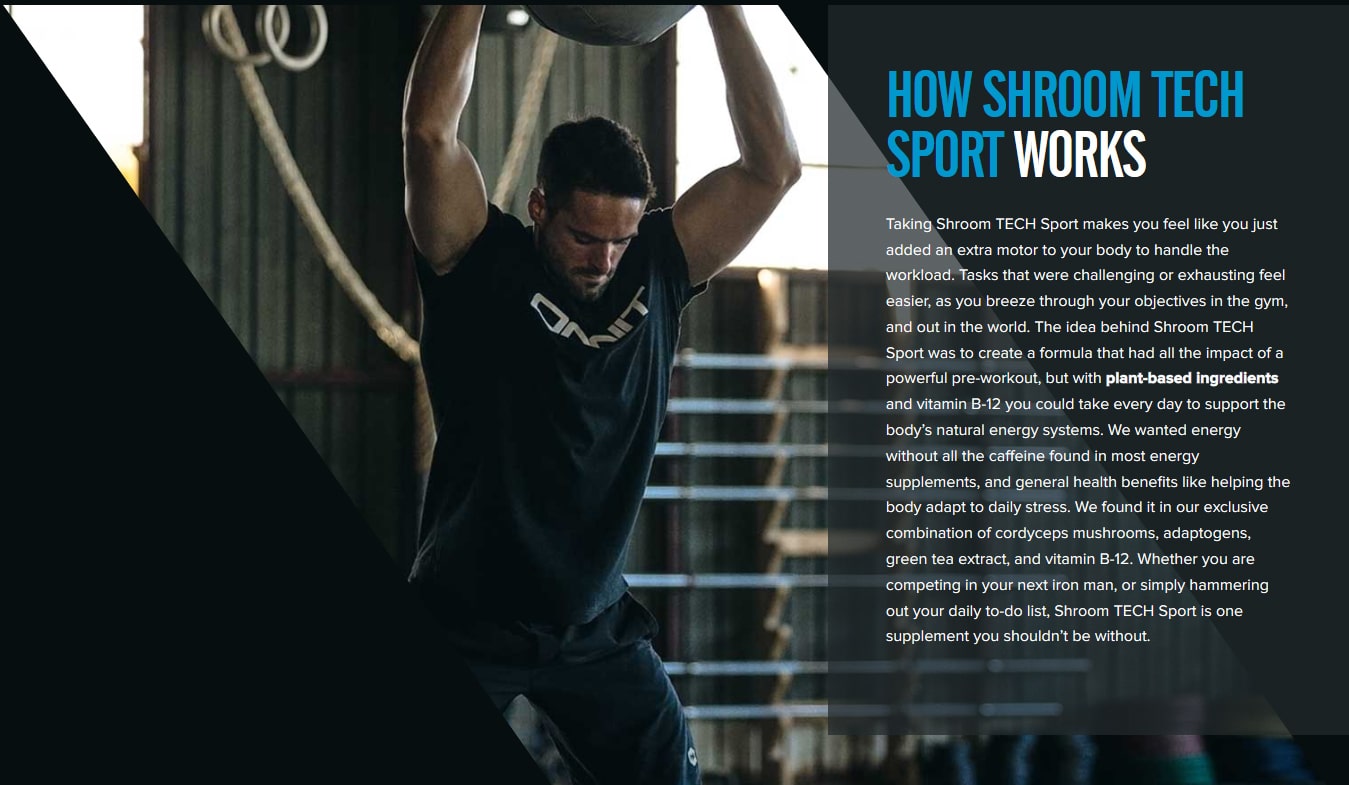 Shroom Tech Sport has been designed to be used before exercise, if you need an energy boost to push yourself through a workout, or for daily energy. You’ll be able to use this energy-boosting supplement if you’re fatigued from a long day of work, or if you need a pick-me-up in the beginning of the day.

When you first start taking this supplement, it will feel like you have this new drive that you didn’t have before. This drive will push your body to be able to handle more.

You’ll be able to take on tasks that you often feel too exhausted or weak to do. Even challenging tasks are made easy with the addition of Shroom Tech Sport. Plant-based, this supplement’s formula is meant to have an impact on your power and energy levels.

And the best part is that this supplement works with your body’s natural energy systems.

You’re not taking another supplement that is riddled with caffeine and will make you crash. Red Bull, for example, is one such product that is designed for an immediate boost to your energy, yet it also leads to crashing hard.

When you take your supplement, you’re going to be taking a supplement that is:

An exclusive combination of ingredients allows you to experience these benefits naturally. You’ll be able to take Shroom Tech, whether you’re just wanting to have the energy to play with your kids, or if you’re competing in an Iron Man competition.

But don’t take my word for it. 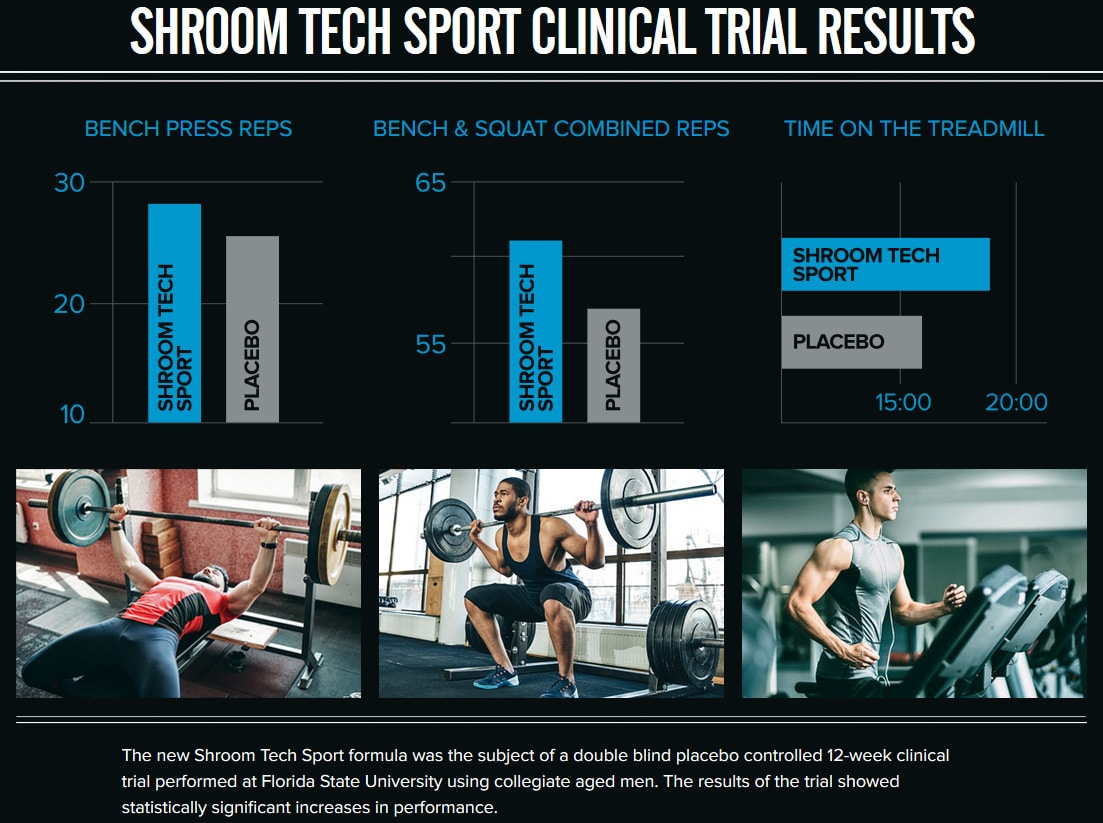 Athletes flock to Shroom Tech to help fuel their workouts. The athletes know that every little bit of energy can help push them further, enhance their strength and help them build muscle. It’s the right way to get that competitive edge that can help you win the next Iron Man competition.

And you’ll find that many UFC stars and professional athletes use Shroom Tech Sport.

Performed as a double-blind study, the capsule’s contents were unknown to the researchers or subjects. No one knew what was actually in the capsules, which allowed the results to speak for themselves.

The study’s subjects included 21 males. These subjects had an average age of 22. All were in good health and were known to spend a lot of time in the gym. While not professional athletes, these men were relatively fit.

The men in the study were divided into two groups, with each group having men of similar fitness levels and strength levels.

Prior to testing, the two groups didn’t see much of a difference.

Okay, you still with me here?

Now comes the interesting part. The capsules were administered to the groups without anyone knowing who received the real supplement. The groups were required to:

The study was conducted over a period of 12 weeks, with researchers supervising the groups’ processes through the entire three-month period. Researchers even went as far as logging every person’s reps and weights they used to ensure that they were following the same routine.

The results are what really count here:

Capsules were administered 45 minutes before a workout, and at breakfast on the days that the groups didn’t exercise.

When looking at the results – the only thing that matters – researchers found that the supplement greatly benefitted the participants. What the study found is that:

Intensity levels were kept between 72.5% and 77.5% on both exercises. Shroom Tech cardio was better than the placebo group, too. Running time fell 4.1 seconds per round of 10, allowing the group to experience a faster, more intense workout.

The placebo group had a 13.5 second drop, although they maintained the same intensity level.

In terms of running volume, the group that was given Shroom Tech outperformed the competition by 8.8%.

Researchers concluded that Shroom Tech improved cardio intensity and also training volume during strength training. The results are simple: people that take Shroom Tech have “more gas in their tank.”

But how does Shroom Tech do it? It’s all in the ingredients. 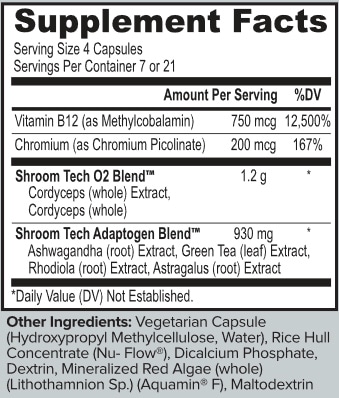 Key ingredients in Shroom Tech, include:

When you take Shroom Tech, you’ll take four capsules per day. The capsules also contain other ingredients, like:

These ingredients have also been shown to have health boosting benefits. Chromium, for example, is filled with vitamins and minerals. Dietary fiber is also included in chromium, which will help your body rid itself of waste easier.

The adaptogen blend is company-specific, and there is very little information on what this blend has to offer.

The insane thing is that some of the biggest names in sports have recommended this product. I bet you’ve heard of some of these professionals:

If you don’t know this group, it’s time you do. Kennedy is a special forces athlete who does an insane 3 – 4 workouts per day. Keith is a professional hockey player who relies on Shroom Tech to provide him with the energy and recovery time to compete against the best hockey players in the world.

Rogan is a comedian and show host. Cerrone is a lightweight UFC fighter who needs all the energy he can muster when he enters the octagon.

When you order a risk-free trial, you’ll benefit from:

You’ll need to pay $4.99 for shipping, but that’s it. This means you can try out this product for free for a week.

And if you want to continue using this product, you simply do nothing and the company will send you out a new bottle 30 days after your trial. This is a great option to make sure your energy-filled pills are at your door every month.

Simply cancel before the 30-day period to make sure that you don’t get charged.

Click here to get your free trial of Shroom Tech Sport today.

You’ve never had this much energy before. 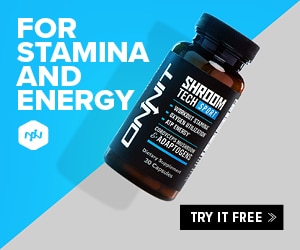 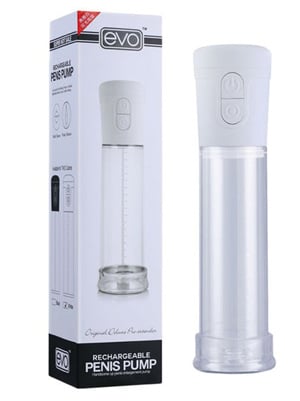