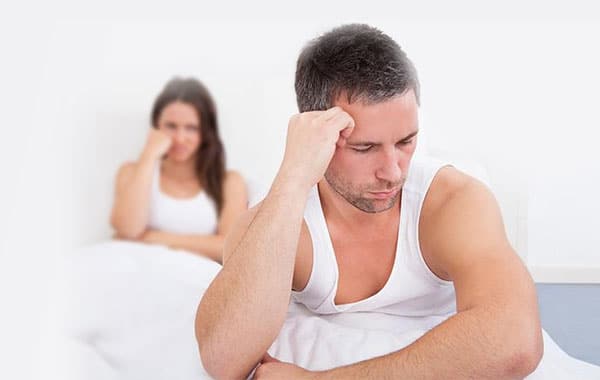 Women go through menopause, but many men don’t realize that there’s also male menopause. Men from all over the world flock to Google and forums to try and understand what’s going on inside of them, and they often leave with their questions unanswered.

A lot of comments or responses aren’t from professionals; they’re from regular people that don’t have a medical background. Some of these individuals also don’t believe that the condition exists, so they may not even know what to call it.

This leads us to the main question.

Do Men Have Menopause?

Yes. The term menopause refers hormonal changes that occur as you get older.

Menopause in guys is caused by a decline in testosterone levels.

Testosterone starts to decline in a person’s 30s or 40s, depending on the person, and testosterone tends to hit its peak when a person is in their 20s.

The decline happens slowly, and is typically around 1% per year.

When a man reaches his 70s, he may have half the testosterone he had in his 20s, and this is a major shift in hormone levels. When this happens, it causes a significant change inside of a man’s body which can affect:

But male and female menopause are much different. For women, menopause is just a natural part of the aging process and happens rapidly. Men, on the other end of the spectrum, will start to suffer from “low T” slowly. Men lose just 1% testosterone per year, so it’s a very slow process.

In normal men, Male menopause will develop over a period of decades rather than abruptly.

There are also some men that will never start to develop low testosterone. These men will be able to maintain the majority of their testosterone, or they can also seek out medical options, such as HGH or testosterone boosters, in an effort to correct the problem.

Doctors claim that some men in their 80s will have higher testosterone than men in their 30s, and a person in their 30s can also have “low T.” So, there are lifestyle and genetic roles that are at play, too.

While non-life threatening, andropause, or low testosterone, does present its own issues. Hormonal changes of this level will always have some level of impact on a person.

A major reason why men that have low testosterone don’t realize that they have an issue is because the symptoms can often be anything. If you’re a little depressed, it could be low testosterone. But you may also have a difficult job or life circumstances, so you might view this depression as something normal, which it is not.

The symptoms of male menopause may include:

Symptoms of male menopause can also include loss in concentration, reduced body hair, loss in muscle mass and strength, lack of motivation, lack of self-confidence and even breast enlargement due to higher levels of estrogen in the body.

If you believe that you’re experiencing andropause or have low testosterone levels, you’ll want to contact a doctor to have your blood levels checked.  You may be surprised how common this is and how many treatment options you have to restore your T levels.